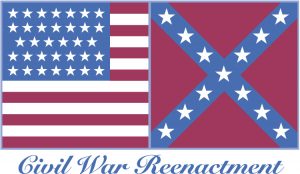 It appears this may come to blows before it blows over.  The Times Online picked up the heated name calling by the Yankee bailout proponents and have no doubt added more fuel to the fire by running this article.  Here are a few highlights.

Almost 150 years after the American Civil War the struggle to save the country’s carmaking industry is once again becoming a battle between the Union and the Confederacy.

In this latter-day renewal of hostilities the union is the United Auto Workers (UAW) whose members are mostly employed in Northern states such as Michigan, the traditional heartland of US motor manufacturing….

Brian Fredline, who is head of the UAW branch in Lansing, Michigan, said: “This is almost like Confederate senators fighting against the Union Army of the North. The parallels are frightening, and it’s almost this mentality that the South will rise again. They hold hostage the economic recovery of anyone who lives north of the Mason-Dixon line.”

Reprisals have already begun. Kentucky’s Republican Senator Jim Bunning, who was once a baseball star in Detroit, was abruptly uninvited from appearing at an event for fans in Michigan at the weekend as punishment for voting against the bailout. And a retired GM engineer last week started a website urging a consumer boycott of Alabama until Mr Shelby is replaced by a senator “who has America’s best interest in mind”….

….Yesterday Mr Corker said that Capitol Hill negotiations on the rescue deal had been wrecked by the UAW’s refusal to accept the imposition of costcutting measures that would have forced the carmakers to operate on the same labour costs as the foreign-owned companies. He dismissed suggestions that self-interest had influenced his position, pointing out that he also had a GM plant in Tennessee which is “very important to my state”.

The UAW folks seem to think like the Gods of the Market Place, that every man should be paid for existing, but no one should pay for his sins.  I applaud these few southern senators who are standing on this particular issue, but I lament their failure to preserve my money when banks, insurance companies, and investment houses lined up with their hands out.

No one deserves a forced handout, especially a corporation.  As the Gods of the Copybook Headings tell us, “if you don’t work you die”.  It appears over-sized debt dependant corporations are no longer working, to which we can only say, good riddance.  May the American people north and south see the harsh task master automotive debt has been and may the shackles of debt slavery fall from the people’s pockets.

Let’s not forget it was the real estate debt that surfaced this problem to begin with.  Debt bondage is the voluntary slavery of the 21st century!  This, just like the slavery prior to the great war, extends to both the North and South.

The UAW may be concerned about it’s workers lossing their jobs in Detroit and how they will pay their debts, but there were no hand outs being offered to save the jobs of the 100,000 people who lost their jobs in December in the rest of the nation.  My suggestion to all you folks in the big three auto corporations, get out now.  You might head south to find work, but I have to warn you, the south has never really looked very favorably on carpetbaggers.